About the Wrens Hotel

Please note due to the layout of this old building this Hotel & Bar is not wheel chair friendly.

The home of ‘The Wrens’ is New Briggate.
This is a vibrant part of the Leeds city centre scene,
opposite ‘The Grand Theatre’ and only five
minutes walk to the prestigious First Direct Arena.

It will certainly come as no surprise, that the
hotel & bar have become very popular with both
theatre goers and tourists alike.

‘The Wrens’ is also in the perfect position for
shopping, restaurants and the exciting nightlife that
Leeds has to offer.

The History behind the name 'The Wrens'

A Leeds theatrical pub with more claim to the title than most, being opposite the Grand Theatre, and which for many years used to offer accommodation to the stars of the stage.

The Wrens gets its name from one Alfred Edwin Wren, who owned the establishment in the early 1880s, and set it up originally as an eating house/hotel.

Wrens Hotel predates the Grand Theatre by nearly forty years being built in the 1830’s during the rapid expansion of Leeds due to the cloth industry.

The Wrens position, on the corner of Merrion Street and New Briggate with its large corner Clock made it prominent for Theatre patrons, drawing their attention to the premises.

Although it has been given a makeover in recent years, you can still feel the history as you drink a pint of Yorkshire ale. 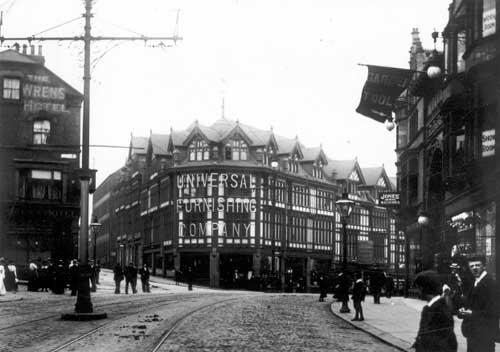 Stay at the Wrens